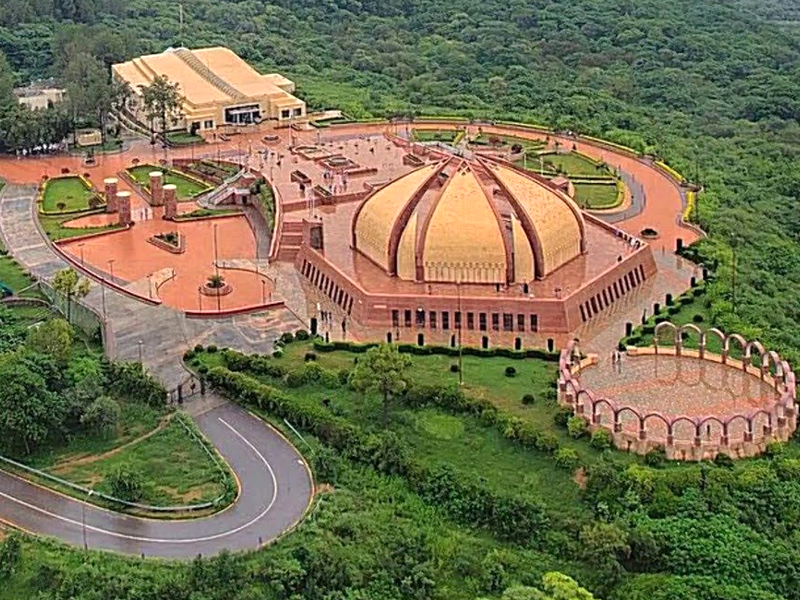 Pakistan officially the Islamic Republic of Pakistan, is a country in South Asia. It is the sixth-most populous country with a population exceeding 212,742,631 people. In area, it is the 33rd-largest country, spanning 881,913 square kilometres (340,509 square miles). Pakistan has a 1,046-kilometre (650-mile) coastline along the Arabian Sea and Gulf of Oman in the south and is bordered by India to the east, Afghanistan to the west, Iran to the southwest, and China in the far northeast. It is separated narrowly from Tajikistan by Afghanistan’s Wakhan Corridor in the northwest, and also shares a maritime border with Oman.

The territory that now constitutes Pakistan was the site of several ancient cultures and intertwined with the history of the broader Indian subcontinent. The ancient history involves the Neolithic site of Mehrgarh and the Bronze Age Indus Valley Civilisation, and was later home to kingdoms ruled by people of different faiths and cultures, including Hindus, Indo-Greeks, Muslims, Turco-Mongols, Afghans, and Sikhs. The area has been ruled by numerous empires and dynasties, including the Persian Achaemenid Empire, Alexander III of Macedon, the Seleucid Empire, the Indian Maurya Empire, the Gupta Empire, the Arab Umayyad Caliphate, the Delhi Sultanate, the Mongol Empire, the Mughal Empire, the Afghan Durrani Empire, the Sikh Empire (partially), and, most recently, the British Empire.

Pakistan is the only country to have been created in the name of Islam. As a result of the Pakistan Movement led by Muhammad Ali Jinnah and the Indian subcontinent’s struggle for independence, the sovereign state of Pakistan was created in 1947 as an independent homeland for Indian Muslims. It is an ethnically and linguistically diverse country, with a similarly diverse geography and wildlife. Initially a dominion, Pakistan adopted a constitution in 1956, becoming an Islamic republic. An ethnic civil war in 1971 resulted in the secession of East Pakistan as the new country of Bangladesh. In 1973 Pakistan adopted a new constitution establishing, alongside its pre-existing parliamentary republic status, a federal government based in Islamabad consisting of four provinces and three federal territories. The new constitution also stipulated that all laws are to conform to the injunctions of Islam as laid down in the Quran and Sunnah.